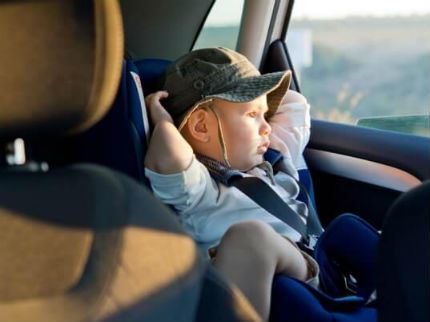 The definition of child endangerment is an act by a person towards a child that can cause abuse. A child who is the victim of this is usually neglected or wronged in some significant way. Picture this scenario, a harried mom of four leaves her kids in the car to run into the dry cleaner for a total of two minutes. Is she doing something wrong? Sometimes the things that parents think are safe, are the exact opposite especially in the eyes of the law. One of these examples is leaving a child in the car.

They might think that they are only popping into Starbucks for a quick minute, but it can be considered child endangerment to leave a child behind in a vehicle for any amount of time.

The Laws Are Specific To Each Individual State

The laws vary from state to state, but in California, under penal code 273a PC, it states that even if a child isn’t injured in the act of negligence it can still be considered endangerment. In California, the law states that you can’t leave a child under the age of six-years-old alone in a car without the supervision of someone over the age of twelve.

You also can’t leave the car running because it presents another danger to the people around the car if the child is able to get in the driver’s seat and accidentally operate the vehicle in an unsafe way possibly hurting someone in the process.

Try To Avoid Leaving Kids In The Car

It’s still a danger to leave a small child in a car. For one reason, it can get very hot in California, so it is a safety hazard to leave a kid in a car when the temperature rises even with the windows rolled down. Another point is that they could also get out of the car, and wander into traffic or a busy parking lot. Children get confused and scared easily.

One could go on and on about the “what if’s” of what could happen when a child is left in a vehicle, but the main point is that it is just unsafe in any capacity no matter how short of a time the parent or caretaker is going to be gone.

What Are The Charges If You Do?

The penalties vary from a child endangerment charge. Most of the time it is considered a misdemeanor, but if the child is gravely injured from the act of negligence then it might be upgraded to a felony. Either way, it’s wise to keep your child with you when you are out at all times.

Normal citizens are very sensitive to this issue because a number of children lately in the news have suffered harm from being left in a vehicle. More than likely someone will see your child alone in the car, pull out their cell phone, and immediately call the police. People make mistakes though, and if you are in this situation you do have some legal defense.