Damaging phone, electrical or utility lines under California Penal Code 591 is a crime that can be charged concurrently with a domestic violence offense. More severe of a crime than vandalism, this charge can result in significant jail time and a fine of up to $10,000.00. 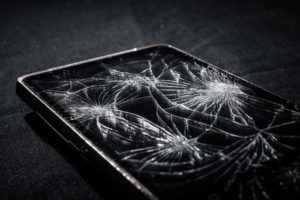 California Penal Code 591 applies to a defendant who cuts or otherwise obstructs a telephone, cable, or electric line or wireless communication device while committing a violent crime such as domestic violence in order to prevent the victim from calling for help. This also includes phone tapping. This crime is more severe and has harsher penalties than vandalism because of its association with the commission of a violent crime against a person.

In addition to cutting, obstructing, damaging, or otherwise interfering with a telephone line, cable line, electric line, or wireless communication device, the defendant must have done so maliciously. In order for a court to find that you acted maliciously, you must have had the intent to harm another person or commit a violent act, such as domestic violence. If the malicious standard is not met, you will likely be charged with vandalism, which is a lesser crime.

An example of the significance of the malicious standard can be understood by comparing the two scenarios:

Cutting or obstructing a telephone or other line in and of itself does not constitute an offense under California Penal Code 591: but, in the second example, the cutting of the telephone line was done “maliciously” so that Joe could prevent his daughter from contacting authorities while or after he engaged in a violent crime against her, which falls under the statute.

In California, the crime of damaging electrical or phone lines can be charged as either a felony or a misdemeanor, depending on factors such as the exact circumstances of the event as well as whether or not the defendant has a criminal history.

If the defendant is charged with a misdemeanor, it is punishable by:

If the defendant is charged with a felony, it is punishable by:

It is important to note that, because of the malicious standard, if found guilty you will also have been convicted of the violent crime, which will have its own penalties. There are possible defenses to the charge, which include if the cutting or obstruction was an accident or that your actions fail to meet the malicious standard.

Those interested in obtaining representation to defend them in court can call  to obtain a free case evaluation from a Law Offices of Randy Collins legal professional. Attorney Randy Collins is a former prosecutor with several years of experience defending DV defendants. Call today to get help.