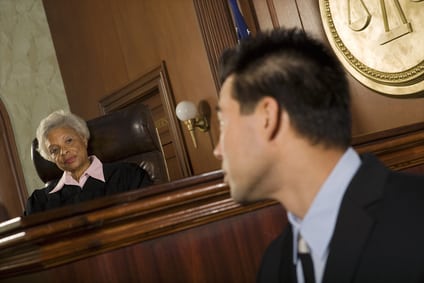 Being charged with a domestic violence (DV) charge is a very serious allegation with severe repercussions if convicted. The charge is especially worse for those who have allegedly committed abuse against a spouse, parent of your child, or significant other. District Attorneys do not hesitate to prosecute such cases and almost every California district has a separate division for it.

You have rights, and your most important one in this regard is your right to an attorney. You have either been accused with a criminal charge that should be argued as a misdemeanor—a case known as a wobbler-or you have been wrongfully accused all together. Here is some valuable information about defenses that may or may not be specific to your case.

Listed below are the five most common defenses for a domestic violence charge. While these defense strategies are common and specific to one’s case, one should never try to defend himself or herself without the assistance of an attorney who knows how to deliver these strategies without error:

Lack of Proof-One’s strongest defense is usually the legal strategy of finding holes in the other side’s vindication or argument. A defendant should not be convicted if the prosecution cannot reach the required ‘burden of proof’. This strategy is what great legal representation will provide for you. Only legal professionals who have been trained in examining cases know how to effectively uncover holes or contradictions in the prosecutor’s argument.

Wrong Suspect-Another good defense is to demonstrate that you cannot be the person who has committed the offense. You may be able to prove this by having an alibi that that you were somewhere else during the time of the physical infraction. You can have witnesses who will testify on your behalf that you were with them not close to the location where the physical ailment supposedly took place. You may even have photos or video footage that was time-stamped that may contribute to you being somewhere else at the same time.

Intentional False Accusations—Sometimes a defendant is wrongfully accused of domestic violence for reason that have nothing to do with violence. This usually appears in divorce cases where a spouse may deliver false allegations of abuse to collect more monetary reward, gain full custody of the children, or fulfill a personal vendetta. Like the first one, the only way to defend yourself is by finding the inconsistencies in the opponent’s story, which could be as simple as matching police records to witness accounts or could be much more complex and requires close examination.

Self-defense-With this strategy, you need to prove that your actions were your only way of protection. For instance, if a person was about to strike you and the strike was unavoidable, then, your violent action against that person is an act of protection. It is important, however, that it is harder to plea ‘self-defense’ if you had elicited such aggression to you, which may have been done through verbal threats or hostile hand motions. For example, if you symbolically pushed someone over the edge by calling him or her appalling names or showing him or her your middle finger, then, you have implicitly taken part in the fight and have invited harmful actions to you, and, thus, your violent response being self-defense is questionable. This type of case is a little more difficult to defend; on the other hand, a DV attorney will still know the correct presentation to give in order to prove that your actions were reasonable and just.

Consent-One can only use this defense if he or she can prove that the other individual had consented to violence. Examples of this case are when two or more individuals have taken part in a volunteer fight, sadistic sexual practice, and more. This type of defense can be problematic when there is no witness to back-up your claim that the violence was consensual. The case may become a “he said versus she said” type that needs some form of evidence to prove that your acts of violence were warranted.

As the popularity of domestic violence cases rises, so do the number of false accusations. Males are usually the main targets of these false allegations from their significant others who claim that the alleged assailants have committed Intimate Partner Violence (IPV), which is the most common classification.

Just as mentioned in ‘Intentional False Accusations’, a significant other could falsely accuse his or her partner of reasons completely unrelated to violence. The accuser’s motivation may come from out of spite, desire to gain a monetary reward in a divorce settlement or want to receive full custody of a child or children within a custody battle. IPV includes basic spousal abuse, nonconsensual sexual abuse, and, sometimes, extremely emotional and verbal abuse. Taken out of context, one may view your case as a simple conviction, in which the evidence that requires close examination by a lawyer may prove otherwise.

A broader term for a domestic violence charge is Family Violence, which extends to child abuse. A common false accusation that occurs in child abuse cases is when the minor fabricates stories about his or her parents abusing him or her out of spite for some other reason altogether. A child may report that he or she has received physical ailments that go beyond discipline or have even been molested. Once again, one’s defense is finding the inconsistencies in the child’s story, which requires the experience of a good legal counsel.

Where to Get Help

Proving your innocence in these cases is next to impossible without a solid team of legal professionals. Only a law firm that consists of lawyers who have a track record of success among DV cases can highlight the facts of your case. He or she will present your case as being wrongfully charged as a criminal offense when it should have been a misdemeanor or wrongfully given altogether. Our law firm consists of a trained legal professional that dedicate their expertise and time to our clients.

Those in need of legal representation or a free consultation can call to speak with a lawyer for free about their cases that occur in Orange County, Riverside Count, Los Angeles County, or San Diego County.
Categories