False allegations of domestic violence can affect every part of a person’s life. As you may be currently experiencing, being falsely accused of domestic violence immediately changes your life for the worse in a number of different ways. Depending on any given individual’s personal circumstances, a domestic violence defendant can watch their job security crumble and relationships that they held dear vanish at a moment’s notice.

Why False Domestic Violence Accusations Are So Damaging

Unfortunately, even proof of innocence can fail to repair one’s life and reputation once a person has been accused of these types of crimes.

In the majority of these cases, my clients are victims themselves. Victims of revenge plots thrown together by someone that they previously held dear, and in some cases, still do.

Before providing my hints, tips, and available actions that defendants may be able to use to their advantage, I would be doing a disservice if I failed to stress how important a case evaluation by an experienced legal professional can be for anyone trying to find out what to do when falsely accused of domestic violence.

Those looking to get their domestic violence charges dismissed would be well advised to first speak with an attorney. The last thing a victim wants is to be jailed for domestic violence. That said, there are several things for which someone who has been falsely accused of domestic violence can do to help ensure their rights are protected and freedoms secured.

False accusation claims are fairly common and the situations can be complicated. Everything can be made much simpler with the advice of a skilled domestic violence attorney. Laws in different states will vary widely, but the following concepts can be used to help you and yours who are faced with false domestic violence allegations.

How to Defend Yourself Against False Allegations

What many do not realize until it is too late is that a lot of the damage that can be done by a false domestic violence accusation comes before charges are officially filed. The type of person that accuses another innocent person of committing violent acts against them is one that is regularly emotionally unstable. Emotionally unstable people tend to act out and commit irrational behaviors, such as falsely accusing you of attacking them. False accusations of domestic violence law are very serious.

If your relationship begins to turn sour and your accuser begins to act in a way that leads you to believe that they will file false domestic abuse charges against you, there are some actions you can take to help limit other dangerous actions they can take to sabotage you. 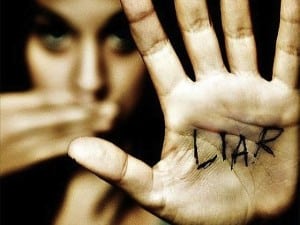 Sometimes the accuser wants to gain an advantage in legal proceedings. Child custody fights and other family law battles may be decided in the accuser’s favor if a court believes that domestic violence occurred.

Identifying the reason for the false accusation is the key to defeating a domestic violence prosecution. Knowing why the accuser is telling a lie makes it possible to expose the lie.

After your arrest, the charges will be examined and a determination made whether there is enough evidence to move forward with the case. Contrary to what you may have been told, the accuser cannot just simply recant and have those charges dropped. Once the arrest has been made, the California court system has a duty to follow up on them. You will typically spend 48 hours or less in jail until being released or a bail amount is set. This is the time when you need to be making arrangements to hire an attorney. Asserting your innocence from the very beginning will help to solidify your case.

Your first opportunity to do this will be at the arraignment hearing. This is where you will plead not guilty to the charges and preliminary evidence is presented.

This is also the time when the accuser may ask for a CPO. With your lawyer present, you have the opportunity to ask for your own if the circumstances warrant. If the case proceeds you will eventually be called for a pre-trial hearing. Again you will be asked how you are pleading to the charges to which you will answer not guilty. If the prosecution still wishes to proceed, then the judge will set a date for a criminal trial.

An aggressive attorney will try not to allow the case to proceed that far if possible. Instead, they will work to provide the evidence needed to compel the prosecutor to drop the charges. In some cases, the prosecutor may even charge your accuser with filing a false police report.

These are not the type of false charges one would normally benefit from accepting a plea deal. This will affect your standing in the community and could negatively impact your visitation and custody rights with your own children. Don’t let that happen to you. Get in touch with a lawyer as fast as possible to start making your case of innocence.

Need Help? Get Your Questions Answered With A Free Consultation

Exposing false allegations and revealing reasonable doubt lead to not guilty verdicts and dismissals of charges. Having an experienced domestic violence defense attorney makes all the difference when an accused is facing an accusation of domestic violence in Southern California.