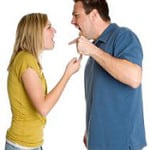 Domestic violence is, unfortunately, a common occurrence in the United States and in California. Statistics show that in the U.S., 24 people per minute are victims of rape, physical violence, or stalking by an intimate partner. That’s more than 12 million women and men over the course of a year. Nearly three in 10 women (29 percent) and one in 10 men (10 percent) have experienced physical violence by a partner and report that the experience had an impact on their normal functioning. Domestic violence affects more than 12 million people in the U.S. every day.

When we have a problem of such magnitude in our hands, you have to expect the authorities to investigate and prosecute these types of cases with increased vigor. Even those who are wrongfully accused of domestic violence for a variety of reasons, ranging from just in spite of gaining an upper hand in child custody battles, face serious, life-changing consequences. Some of these consequences include not being able to live in your own home or even see or be with your children. Here are some of the important facts about domestic violence you need to know.

Penalties Could Be Severe

People tend to assume that just because it’s a domestic violence matter, the charges may not be severe. This is, of course, an incorrect assumption. In fact, a domestic violence offense could be charged as either a misdemeanor or felony and the penalties could vary depending on the facts of the case.

The case could be charged as a misdemeanor or a felony depending on the severity of the injuries sustained by the victims, if there were weapons involved and whether the defendant had a criminal history. Penalties may range from community service and fines to jail or prison time and even termination of parental rights. Jail or prison time is usually imposed if the victim has suffered serious bodily injury or if there is evidence of a continuing pattern of violence.

The Charges Cannot Be Dropped

Once the victim files the charges, they cannot be dropped easily. When the victim files a complaint with the local police department, it becomes a State of California case. The victim may be asked to testify in the case and cannot recant his allegations even if he or she decides to reconcile with the defendant at a later point. Only the prosecutor can decide whether or not to drop the charges and it’s a decision that will be made based or whether or not there is sufficient evidence to convict the defendant. If there is enough evidence, the defendant will be prosecuted. If not the charges might be dropped.

You Could Be Deported

If you are convicted of domestic violence, you can be deported or can lose your chance of getting citizenship. You could also be barred from re-entry into the U.S. if you aren’t a citizen. Domestic violence convictions can also threaten your ability to stay in the U.S. If you are a non-citizen, it is important that you consult with an experienced domestic violence defense lawyer who can help you fight the charges so your immigration process is not adversely affected. In addition, you could also lose your right to own or carry a firearm for life. This law also applies to law enforcement officers or military personnel who are convicted of domestic violence offenses. There are no exceptions to the law.

The court could issue a protective order even if the victim does not want one. This could mean that you’ll have move out of your home. You may also be restricted or prevented from seeing your children. If you violate the order, you could be arrested and face additional charges and criminal penalties for violating a restraining order.

There is no question that a domestic violence conviction or even an accusation could turn your life upside down. You need an experienced domestic violence defense lawyer on your side who will leave no stone unturned when it comes to defending the charges and fight to get you acquitted of the charges.