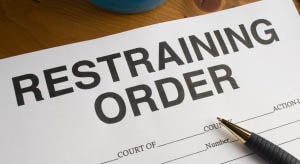 When an instance of domestic violence is reported, authorities are instructed to prioritize the safety of everyone involved. When someone calls the police to notify them of an altercation, police will often show up on the scene, conduct an investigation, and arrest the person or persons that they believe to have attempted to inflict harm.

The person believed to be the victim is allowed to stay at home while the suspected abuser is sent to jail for one or more nights.

Although police often get it right, there are numerous instances where they do not. Some situations may arise from jealousy, hate, or revenge, while others can fall victim to huge misunderstandings. Prosecutors can choose to pursue restrictive protective orders and criminal charges against those believed to have committed violent acts, even if the victim wants to drop the charges.

For some, a protective order can make it difficult for them to see their children, or recover valuable belongings from their home.

A PCO can be ordered in any domestic violence court proceeding in which the alleged victim of abuse would like to continue having contact with their alleged abuser. These often arise from situations in which the “victim” and the defendant are not in agreement with the court process.

Whether or not a couple will be granted a PCO will likely depend upon whether any serious physical damage was sustained by the victim. If the victim was found to have visible bruising and possible scars from the incident, it will be difficult to convince a judge that peace contact between the two parties is not a safety issue.

If prosecutors are pursuing charges against a defendant for domestic violence and they have evidence to back their claims, obtaining this type of protective order is not especially difficult.

If an extreme circumstance exists, one in which the victim is in immediate danger of being harmed by the defendant, the victim may pursue an EPO to obtain immediate emergency protection. This order is pursued when the victim feels that the defendant could come to attack him or her at any time and that their well-being is in serious danger.

How to Avoid a Protective Order

Those facing charges for domestic violence in California may have an opportunity to change their protective order. If you have the ability and evidence to convince the judge that you are not a serious risk to the alleged victim, you may be able to have a different order implemented.

The problem is that having a protective order changed often relies upon some level of cooperation with the alleged victim, which is often prohibited by protective orders currently in place. With a skilled defense attorney, you can open up lines of communication to help put an order in place that makes sense for you and your situation.

To obtain skilled representation from one of our skilled attorneys, call today.