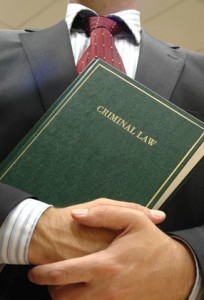 Jerry Brown, the Governor of California, has recently signed three bills that will change the way that California rape and domestic violence offenses are prosecuted. Previously, if a person in California impersonated someone else and then coerced a female into participating in sexual acts, they could only be prosecuted for rape if the victim was married.

The victim stated that once she realized that the man having sex with her was not her boyfriend, she began crying, yelling, and screaming. Although the defendant was convicted, the Los Angeles County Court of Appeals later overturned the conviction due to a 19th-century law that neglected to protect single women under circumstances in which rape is committed as a result of impersonation.

How and Why AB 65 Change Was Made

Although many of the California rape and domestic violence laws that inexplicably condemn single women are mostly behind us, the passing of AB 65, AB 157, and AB 161, reminds us that there is still a lot of work to be done.

Although the change seems insignificant, the significance in a court of law cannot be understated. There are several domestic violence laws in which these types of loopholes will not be uncovered until a defense attorney exposes them to help his or her client obtain a not guilty verdict.

In addition to AB 65, AB 157 and AB 161 were signed by Governor Jerry Brown over this past week. The following is detailed information about those bills as well as how they can potentially affect those facing charges for domestic violence in California.

Let Your Voice Be Heard

Whether you are a victim of domestic violence or someone charged with domestic violence crimes, we want to hear from you. Let us know what you think in the comments below. Share your questions and/or concerns with the community and we will try to address them as soon as possible.