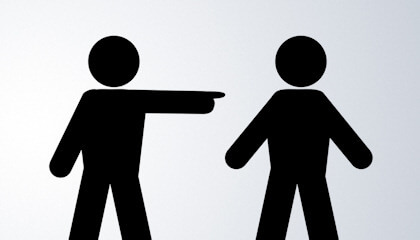 Domestic abuse used to be tolerated by the majority of Americans, but these instances are no longer tolerated at all. Victims have done a great job of organizing and coming together to inform the public of their plight and to persuade lawmakers into taking action that protects victims from aggressive “loved ones.”

Unfortunately, new problems have surfaced when dealing with domestic violence accusations. Now that the police are coming down hard on abusers, those who wish to unfairly sabotage their significant other for their own personal gain have a better chance of success now more than ever.

This thinking is dangerous. The following are three facts that everyone should know about DV accusations:

Domestic abuse is extremely dangerous for everyone involved. In many cases, DV results in serious injuries, and sometimes death. Many instances are perpetrated in front of small children, resulting in devastating long-term emotional damage, and quite possibly a cycle of abuse that those children later pass on to their future loved ones.

Many judges, juries, and attorneys are aware of the dangers associated with these types of offenses and do their best to make sure offenders receive harsh penalties to help prevent future instances.

Those convicted may face additional consequences during the course of divorce proceedings, as judges do not want children to be in the care of violent abusers. Some DV instances are severe enough where a judge may revoke all parental rights.

For those who are truly guilty, these responses may be needed to help ensure the safety of everyone involved, but when the defendant is innocent, the injustices they experience are horrific.

A smart, manipulative person can easily stage an incident that makes someone look guilty of domestic violence. If they do their research and have great attention to detail, a defendant who is falsely accused has little chance of proving otherwise.

Many “victims” of domestic violence later try to drop the charges. Why? Well, there are several reasons. For one, victims of real DV incidences often still have feelings for their abuser, and sometimes rely on the abuser to pay their bills and feed their children.

In other instances, the accuser admits they were mad at the time that they called the police, admit to making false statements, and now realize that their actions were wrong. There are numerous reasons why “victims” later try to drop charges.

The fact that real victims of abuse try to drop the charges against their abusers is well known in law enforcement and throughout California courts. It is quite common, leading many District Attorneys to pursue convictions regardless of whether or not they have cooperation from the victim.

This is designed to help get dangerous abusers off the street, but also inadvertently results in innocent DV defendants getting convicted, despite having the “victim” do their very best to get the charges dropped.

3) Regardless of Whether You Are Innocent or Not, DV Accusations Will Change People’s Perception Of You

What many innocent defendants fail to realize is that once they’ve been charged, or even accused, of committing DV against their spouse or loved one, those who find out about the charges usually side with victims, even if they are a close family.

Of course, this does not apply to everyone, as some families are closer than others, but for many, a domestic violence accusation is all it takes to lose the love of their close friends and family. No one wants to condone domestic violence, or hear “excuses” as to why one would commit domestic violence, leaving defendants misjudged and alone during their time of need.

If you’ve been accused of committing domestic violence you have several options to help avoid a conviction, but you must take action. Consulting with a DV defense attorney is one of the easiest ways to get in-depth professional information that applies directly to your case.

Defendants often mistakenly believe that their public defender will mount a great defense, but the data shows that public defenders simply do not have enough time as they do their best to defend an incredible number of individuals in a very short period of time.

The Law Offices of Randy Collins provides legal representation that puts their client’s first, fighting tooth and nail to make sure that every client is given the defense strategy they need to push back against false accusers and unwarranted DV charges. Those interested in contacting the Law Offices of Randy Collins for a free case evaluation can do so by calling day or night.