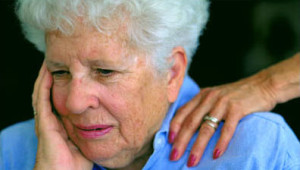 Stealing an elder’s identity or property is punished more harshly in California than it would be if the crime were committed against a younger victim. The penalties are more severe if the crime is committed by the elder’s caretaker. Other crimes, such as abduction and false imprisonment, also carry more severe penalties when the victim is elderly.

Like children, seniors tend to be more vulnerable than middle-aged adults. It is understandable that the legislature deems them worthy of special protection. Whether harsher criminal penalties actually protect vulnerable individuals is doubtful, but that is the legislative judgment that California has made.

As a criminal defense attorney, I find that defending charges of elder abuse creates a special set of challenges. Let me explain what I mean.

Every elderly victim is a juror’s grandparent

Nearly everyone loves their grandparents. When jurors see an elderly person testifying on the witness stand, they see their own grandparent. That makes them feel protective. Making jurors understand my client’s side of the story is more challenging when jurors adopt a protective attitude toward an alleged victim.

Not every allegation of elder abuse is true. Physical injuries can be inflicted accidentally that are perceived as abuse. Elders who suffer from dementia may attribute physical injuries or mental suffering to individuals who have done nothing to cause them. An honest effort to help elders manage their money may be mistaken for embezzlement.

Any time a person who is accused of elder abuse tells the truth to a jury, however, they must overcome a huge obstacle. Jurors have tender feelings for the elderly. They know nothing about the alleged victim but they sympathize with that person, whether or not they deserve it. Overcoming those sympathetic feelings is one of my greatest challenges in elder abuse cases.

Ambiguous facts can always lead to inappropriate criminal charges. Straightening out those ambiguities can be challenging for a criminal defense attorney. When my client is trying to help a parent manage finances and uses a power of attorney to transfer money into an account that bears the client’s name, the client might be accused of defrauding the parent or misappropriating property, even if that was never the client’s intent. The appearance of impropriety is often enough to trigger unfair criminal charges. My challenge is to make prosecutors and jurors understand that ambiguous facts do not prove guilt.

Social workers mean well but they too often meddle in a family business without understanding the family dynamic. If someone calls a social worker to report abuse because they hear a child yelling at a parent, they may not understand that the child and the parent have spent 40 years yelling at each other. That’s just the way some families operate. That family dynamic is not abusive if it is properly understood, but an overworked social worker who knows nothing about the family will conduct a ten-minute “investigation” and make a referral to the police or a prosecutor while recommending a criminal prosecution for elder abuse.

I wish all professionals in the criminal justice system would investigate the facts as thoroughly as criminal defense attorneys. Making those professionals understand the particular circumstances of individual families is a challenge, but it saves my clients from unfair convictions for elder abuse.