Television shows often give people an unrealistic idea of how the criminal justice system works. On cop shows, the police complain that a criminal avoided a domestic violence conviction because the victim dropped the charges. In real life, that doesn’t happen. The decision to drop charges is made by the prosecutor, not by the alleged victim.

Deciding Whether to Prosecute 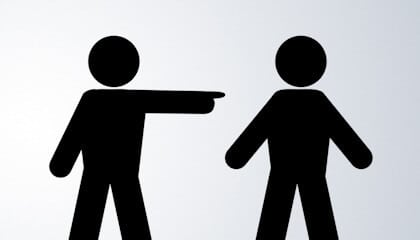 Once a crime is reported to the police, a report of the crime may be forwarded to the district attorney’s office. That report might not be sent if a police detective or other law enforcement officer is convinced that no crime actually occurred. But even when a crime victim says “Nothing happened,” the police might believe that the victim is trying to protect someone else and might refer the case to the district attorney’s office.

If the police believe you are a crime victim, you may be able to persuade a prosecutor to drop a charge. However, prosecutors must do what they believe is best for society, not necessarily what is best for a crime victim who does not want a crime to be prosecuted.

Prosecutors are usually concerned that a domestic violence victim who wants to drop charges may have been threatened, bullied, or intimidated. Even if the prosecutor believes the victim’s decision to ask for charges to be dropped is entirely voluntary, the prosecutor may believe that the victim is acting out of love or loyalty and that society’s interests would be best be served by pursuing the charge.

What Accusers Can Do

People who make domestic violence accusations have the right to make their views known. The prosecutor’s office has employees who are trained to work with domestic abuse victims. Explaining why you don’t want the crime to be prosecuted may result in the charge being dropped. That ultimately depends on whether the prosecutor thinks that dismissing the charge is the right thing to do.

Changing your story may not convince a prosecutor to drop charges, because prosecutors will often tell juries that your previous statement to the police is the best evidence of what actually happened. If you made a false accusation and want to retract it, you might want to get legal advice, since making a false crime report to a police officer is itself a crime. At the same time, repeating that lie under oath at a trial is a more serious crime. A lawyer can help you decide how to deal with the prosecutor if you think charges should be dropped because they are unfounded.